In 1962 Fox Studios was in dire financial trouble. With Marilyn Monroe  still within her 7  film 100k contract she was working on the cheap on Something’s Gotta Give with Dean Martin and Cyd Charisse. Somethings Gotta Give was a remake of My Favorite Wife (Cary Grant and Irene Dunne ) and ultimately the story of Alfred Lord Tennyson’s poem- Enoch Arden Part 1 and 2. Meanwhile, on location, were Elizabeth Taylor and Richard Burton filming the bank-breaking Cleopatra. With numbers in the red Fox was stopping production on a number of films and putting contracts on hold. Money was still pouring into Cleopatra in the hopes that it would recoup the money lost and make a profit.

Both stars had issues. Marilyn was battling sinus issues and taking medication, which would often cause her to be late or absent to the set. Richard and Liz were wrapped up in relationship turmoil of their own and often also were absent from the set. Trying to get a handle on their finances Fox fired Marilyn and put  Something’s Gotta Give on hold, hoping to sign the cheaper Lee Remick as the leading lady. Another snag would come in the form of Dean Martin’s right to approve his leading lady- and like the close friend he was…he wouldn’t take anyone but Marilyn in the film.  Fox quietly took Marilyn back and did several more scenes that would prove she was not in the “narcotic haze” the press was spinning.

On the other side of the world passing through Egypt, Italy and Spain Liz Taylor and Richard Burton were having a scandalous affair, Liz was banned from the Vatican and her life was often threatened. Liz was making 1 million dollars to Marilyn’s 100k  and with that information now public ,  it was clear the Studio System was blowing wide open. It could no longer shield their stars from public question, maintain reputation or peer comparison. 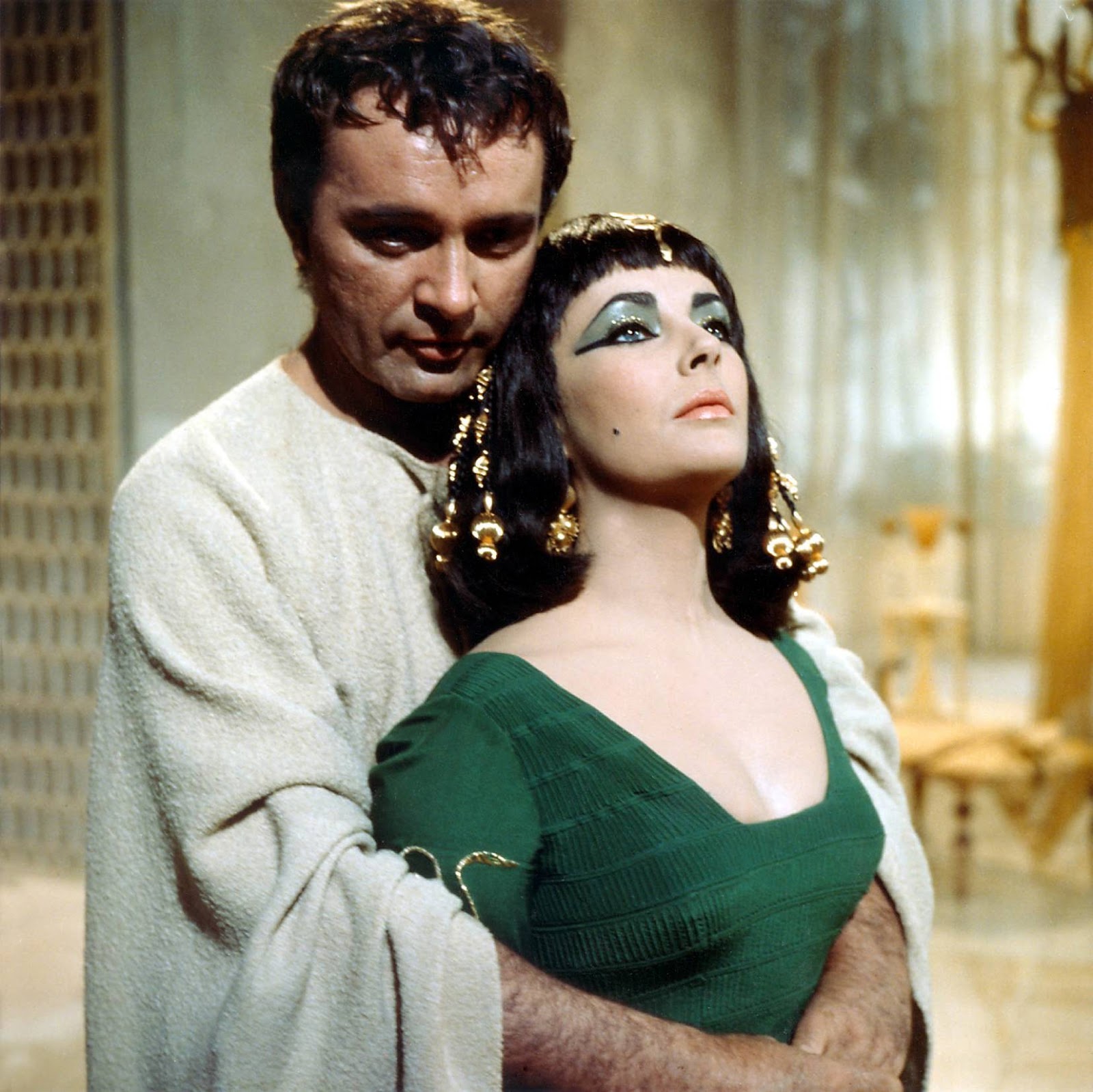 Director Joe Mankiewicz would say Cleopatra was “conceived in a state of emergency ( to save Fox from financial ruin), shot in confusion ( at 3-5 film locations), and wound up in a blind panic .” He would say it was the most difficult three films he ever made. It would only reap a small profit and mild acclaim.

Marilyn had heard of the inflated contract Liz was receiving and through some negation was able to nail a 2 film- 1 million dollar contract with Fox. Unfortunately this would happen only two days before her death on August 4th, so she would never reap the benefits of her diligence.

Once again Fox was in a lurch, they couldn’t possibly release the same movie with different stars in the wake of her death- so they shelved it for 1 and half years after which it would get a facelift and a comedic overhaul with Doris Day and James Garner then renamed Move over Darling.

Cleopatra would take two and half years to film and go over budget at 300 million dollars.

At the end of  1962 Fox would report a 4 year loss of 61 million dollars and admitted to being the only studio who could put in Elvis, John Wayne, Marilyn Monroe, and Elizabeth Taylor in front of the public and not turn a profit.