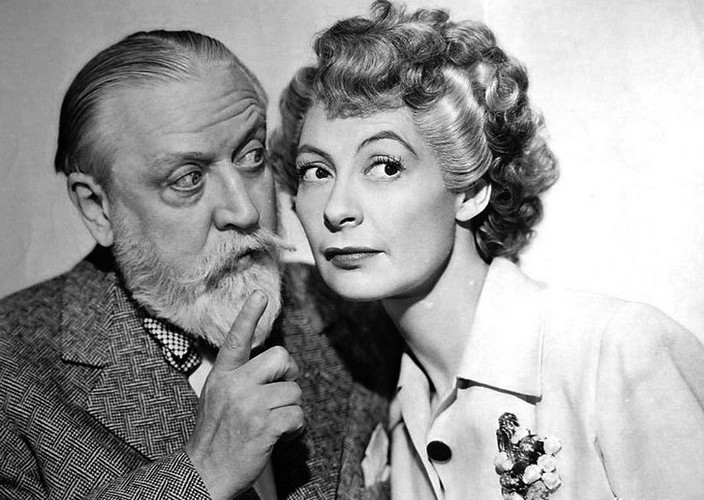 Looking at Monty Woolley it wouldn’t be hard to believe that he was raised wealthy, went to Yale, was a professor and had friends like Cole Porter. A charmed life, he didn’t find Hollywood fame until he was 50 years old with The Man who Came to Dinner. Opposite Ann Sheridan and Bette Davis, Woolley plays the crotchety old spoiled brat that slips on some steps and imposes himself on an Ohio family over the holidays. If you haven’t had the experience of seeing Monty in action you’re in for a treat. In fact, he out-auditioned John Barrymore for the part of Whiteside. While Monty played his role Sheridan Whiteside both on screen and on stage, it was only one character of 32 he masterfully played between 1936-1955. A collection of radio experiences kept his head above water during tough financial times and he earned a star on the walk of fame. The Man Who Came to Dinner is a must see and a staple in any Hollywood education. Enjoy!