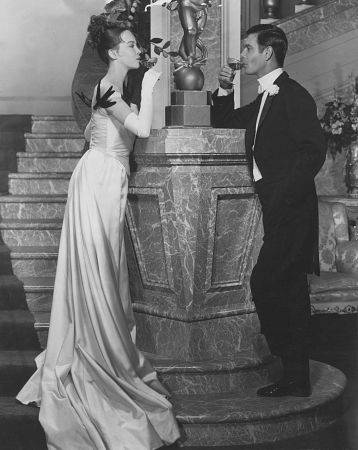 rds. One of our favorite musicals, sharing the spotlight with My Fair Lady and dare I say even The Sound of Music, begins with Maurice Chevalier’s “Thank Heaven for little Girls.” Memorable? Yes, but probably more so because this is a story about a young girl being raised to be a wife, in a world of courtesans- Gigi.
Played by expert ballerina, Leslie Caron, Gigi doesn’t realize straight away that she is being raised thus. Luckily in a very Pretty Woman sort of way, romantic lead Louis Jourdan comes to his senses before Gigi is passed on to the next available man. “Marriage is not forbidden to us, but sometimes instead of getting married at once, it sometimes happens we get married at last.” Growing up in a family where fashion, table manners, invitations, and bejeweled gifts are more important than marriage, children and the weak minds of those that choose the “other” life. “Always wait for the first rate jewels Gigi,” her aunt says, “hold on to your ideals.”
Vincente Minnelli’s lavish circus for the senses includes costumes, landscape, and music, none of which would impress on the character of bachelor, Gaston, who begins the film a prisoner of utter boredom. It is from this need for excitement and change that he begins to actively visit Gigi’s house. Enchanted and at ease in Gigi’s company, without a care for her ability to eat cold lobster properly, Gaston hardly ever notices Gigi is even a girl. And then of course comes that fateful day, when all at once he doesn’t know why she’s not enraptured with him, like every other female in Paris. But his realization comes at a time when Gigi has learned a great deal about who she is, and her power, and he is at risk of losing her forever. Such a testament to what true love can be, if only they could put aside all that learned behavior.
If I could blog post the entire script here, I would- because every line is genius, laced with multiple meanings and lessons I’m sure all of us at one point in our lives could’ve used. If you haven’t taken the time to watch this classic, its about time you do. Enjoy!